Of swings and caves and slides 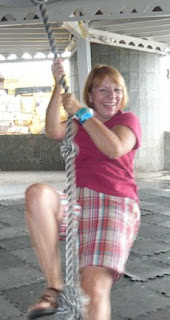 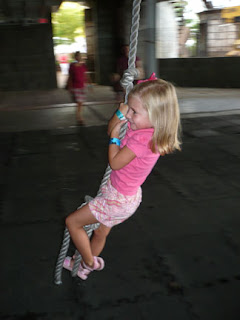 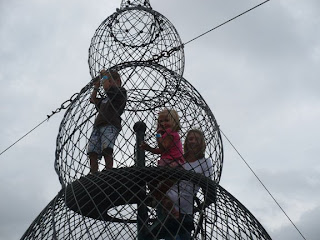 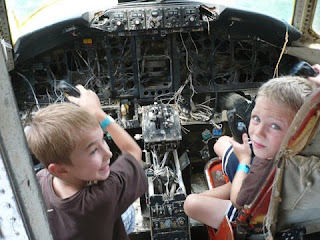 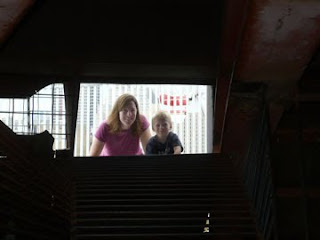 Art programming has been interrupted for PLAY, yippeee, as I've been entertaining my youngest brother, wife and kids who arrived here on Monday. Their children, my niece and nephew, are nearly the same ages as my grand kids, so it was one big ole play time as the kids all got to know each other. They got along famously, as you might expect, all speaking the common language of kid (and Wii and Star Wars).

The City Museum was probably the biggest hit of the visit. The word museum is a misnomer; it is really so much more than that. Imagine a fire engine, slides and airplanes (yep, real ones) all suspended amid a gigantic monkey bar structure. Imagine the world's largest pencil, that actually writes and erases, naturally we tried it! Imagine knotted ropes where you can swing like Tarzan, a 7 story spiral slide, indoor caves where crawling is necessary. It is just so friggin' cool you can not believe. 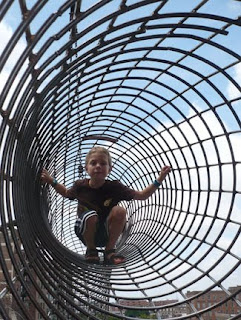 And you know what? Amid all this PLAY, I found inspiration at every turn. My mind is simply abuzz with ideas.
Posted by MB Shaw at 8:37 AM